We are recruiting - Apply

Keppler Hotel, Paris, Preferred Hotels: The secret to the best-in-class guest experience – a personal experience with the worst-case scenario “I’ve experienced firsthand what it means to be attacked by bedbugs. About 20 years ago, I traveled with my husband to Australia. We slept in a hotel in the desert, and we faced this problem. It was terrible, not least because we didn't know exactly what it was at the time. But it’s certainly an experience that every traveler wants to avoid. For this reason, when I heard about Valpas in 2019, I immediately joined the company.”

Rita Nouvel is the general manager of the Keppler Hotel in Paris. A 5-star hotelier who has been in the business for decades, she empathizes with the concerns and problems of every traveler since her long-time dream of visiting Australia went horribly wrong because of bedbugs. 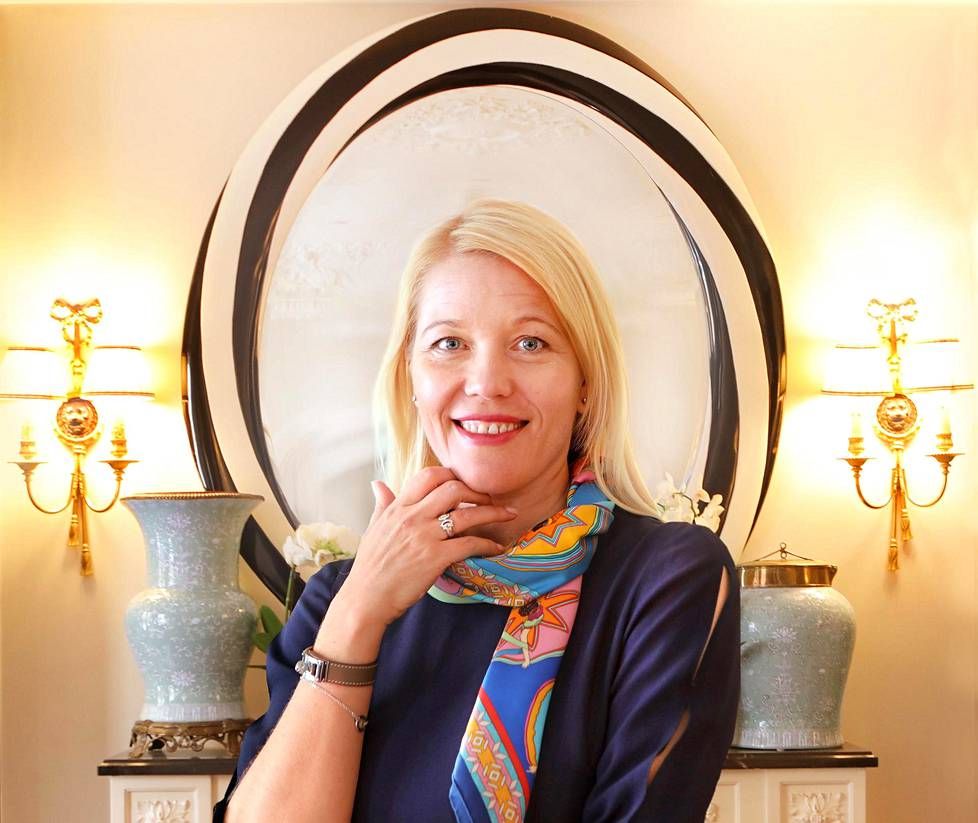 A photo of Rita Nouvel, co-owner of Keppler

The Keppler Hotel, located in a 19th-century Haussmanian building near Les Champs-Elysées, is a luxury boutique hotel renowned in the Paris hotel scene for its outstanding customer service.

“For us, safety and cleanliness come first. Valpas is bigger now, but we believed in it so much that we joined when they only had around 15 member hotels. We don’t keep the statistics, but all our guests were immediately excited to discover that we use Valpas to guarantee their safety and impeccable hygiene. Valpas is indeed synonymous with luxury and exclusivity. It’s certainly a factor that helped increase our business and to reach even the most demanding customers,” she says.

Apart from a Valpas member hotel, no hotel can truly claim to be bedbug-safe. And Rita knows that very well, which is why she decided to immediately join. “We’ve never had bedbugs. But I strongly believe in preventing a catastrophe before it's too late, avoiding financial losses, and increasing customer satisfaction. I’ve personally witnessed the consequences of a bedbug invasion,” Rita says. “I hate the idea of calling in pest control. Now, thanks to Valpas, we can permanently keep our guests safe from bedbugs.”

Mattress protectors protect only the mattress. Bedbugs can arrive with any guest

Before joining Valpas, the Hotel Keppler had just changed the mattresses, but Rita realized that this wasn’t going to be enough. “There are special mattress covers, but bedbugs can be in carried by luggage, migrate anywhere, and multiply quickly. By then, it's already too late. They become a difficult and expensive problem to solve,” Rita explains. “You can protect a mattress, but bedbugs will always find a way to travel and cause irreparable damage, such as the loss of a customer and bad reviews, resulting in financial consequences and loss of the hotel’s reputation.” After the covid-19 pandemic, hygiene is even more important. Bedbugs must be controlled

“People call and ask what systems we use to maintain impeccable hygiene, especially after the pandemic,” Rita says. “They particularly ask about air purification. Valpas is part of the answer. It’s a green technology and guarantees a hygienic environment and clean air without toxic pesticides. We also use an ionization system, which is useful for removing bacteria.”

For Rita, Valpas immediately proved its value and benefit to direct hotel sales. Guest satisfaction scores on Booking.com rose from 9.1 to 9.2 despite the long hiatus caused by the pandemic. “We work directly with some smaller travel agencies, but also being part of Valpas where guests can book directly is a winning choice,” she adds.

“This hotel was originally two stars and belongs to my husband's French family. I met him in London where we were both studying. I’m Finnish. I came to Paris to be close to him. I’ve had various jobs in the hotel business before working for the family business. I started working at the Hotel Keppler in 2007 when they bought it,” Rita explains.

Her husband's family owns five other boutique hotels in Paris, but this hotel is a special project intended to create a luxury residence with a family spirit. “Our hotel makes you feel like a Parisian home away from home that features a living room with a glass ceiling overlooking a garden,” Rita says. “The attention to detail, along with a feeling of safety, is also part of Valpas’ philosophy.”

For the hotel renovation, architecture, interior design, and selection of artwork, Rita relied on French interior designer, Pierre-Yves Rochon (www.pyr-design.com/en/). “He created an incredible microcosm of design that blends with the elegant furnishings already existing at the Four Seasons Hotel George V in Paris in some of the most beautiful suites: Tour Eiffel Suite and the Parisian Suite,” she says. View the Eiffel Towel from the Keppler´s balcony

Rochon created the same magnificence in the Keppler Hotel suites and spaces complemented by stunning terraces and balconies overlooking Paris and the Eiffel Tower. This magical ambiance is reflected in the eclectic and elegant choice of furniture, accessories, art, and wall colors that make the Hotel Keppler unique in all of Paris.

“Moreover, we’re proud that Valpas bed legs and their contemporary design guarantee a touch of refinement married to the most modern technology. They brand us as a visionary and futuristic hotel, which considers innovation as a weapon leading to success and attracting an even ‘greener' clientele,” Rita says.

Valpas represents a glamorous and sustainable technology, a combination that's often difficult to find. “Valpas is a way of life. It’s something that no one has thought of before, something unique, something that can make a difference in such a fragile world moment where safety has become even more important. Never before have guests needed to relax without thinking about problems like bedbugs,” Rita says.

"Valpas ensures that all rooms don’t need pesticides produced from fossil fuels, which are normally used for pest control. This means that rooms are free of toxins and that fossil fuel use in the hotel is reduced. It also contributes to the health and cleanliness of the environment,” she adds.

Hotel Keppler currently has thirty-four rooms and five suites, but they’re expanding into the neighboring building with nine more large rooms. “We’ll build a spa with a swimming pool and jacuzzi where guests can relax,” Rita says, who understands that business travelers enjoy fitness areas.

“Valpas was an excellent choice, and we’re thinking of acquiring new business and corporate clients. Valpas is a young company but is already at the top in the high-tech field. Its founders are young, full of enthusiasm, and have incredible professionalism. Its fame has already spread throughout the high-tech world. Valpas is the future, and we want to be the future too,” Rita says. In 2021, Valpas secured the support of lead investor, ActivumSG, with a 1.6€ million seed funding round.

A concierge capable of satisfying any request. Impeccable hygiene is guaranteed with Valpas

Guests at the Keppler Hotel expect personalized service. “When it comes to businessmen and women, we have many French guests, while tourists are mainly American and British. Our guests are usually very fond of design and the arts, and it isn’t the first time they’ve been to Paris,” Rita says. “Our concierge specializes in satisfying every guest’s wish to the extent that is legitimate, of course. Americans often ask us to book restaurants and tours for them. Sometimes, there are eccentric requests. For example, last weekend, an English couple asked to go to Versailles by helicopter. It cost 2,500 euros.”

“Movie stars, Formula 1 drivers, models, and football players are among the regular clientele. Many clients ask to sleep in the Deluxe Suite on the sixth floor with the terrace and view of the Eiffel Tower. Some even decide to propose marriage in that room. There are also many American guests named Keppler,” Rita says. Inside view on Keppler

Insider tips: the best way to explore Paris like a Parisian

Many Keppler Hotel guests ask if they can purchase the art in the rooms and common areas. “Our interior designer personally tracks the art, but some pieces are no longer available,” Rita says. “Other similar pieces can be found at Asiatide, just outside Paris, or at the flea market Saint Ouen. In the hotel, we serve breakfast, but then we have room service because we also believe it’s nice to experience Parisian restaurants and cafes. Loulou, which is part of the Carrousel du Louvre, is always a beautiful place to experience, and they have a terrace in the summer that offers stunning views of the museum and garden. Chez André is a traditional bistro where you can still eat classic French dishes such as frogs legs. La Fontaine de Mars is another typically French place, which still boasts red and white tablecloths and is located on a lovely little square that has appeared in several old French films. Nearby is the Baccarat boutique right on Place des États-Unis. In the summer, Place des Vosges is always wonderful. After all, Paris perfectly captures the art of rediscovering places.”

How it worksWatch the video